The former Moorpark residents plead guilty to charges in the case of the prowling big cat, which was later killed by state game trackers.

A former Moorpark couple whose Siberian tiger spent weeks prowling Ventura County neighborhoods before it was eventually hunted down and fatally shot by authorities pleaded guilty Monday to multiple federal charges related to the incident.

Gert “Abby” Hedengran, 58, admitted to felony counts of obstruction of justice and making false statements, saying that he lied to federal wildlife agents in February 2005 as they were trying to track down and capture the tiger.

He also admitted to two misdemeanor counts of failing to maintain proper records for the exotic felines that he and his wife housed at their rented ranch in Moorpark.

Roena “Emma” Hedengran, 54, admitted to one misdemeanor count of failing to maintain records.

The couple, who have moved to Pahrump, Nev., appeared in a Los Angeles courtroom for the plea agreement, said Thom Mrozek, a spokesman for the U.S. attorney’s office.

According to court documents, the couple moved nearly two dozen lions, tigers and lynxes from a permitted facility in Temecula to Moorpark in January 2005 without notifying state and federal authorities.

The 350-pound tiger, named Tuffy, and a lynx escaped and began roaming the Moorpark area, being spotted by worried residents. State game wardens captured the lynx, but the tiger eluded trackers for several weeks.

During the hunt, the Hedengrans repeatedly denied owning the tiger, claiming it had died, according to the plea agreement. The tiger was spotted outside a home Feb. 23 and was killed by state game trackers.

Gert Hedengran faces up to 14 months in prison. Roena Hedengran could receive a sentence of four months of home detention and a $2,000 fine.

The couple’s animals have been moved to a licensed facility in Nevada, and under the agreement Gert Hedengran would be permitted to keep them while on probation, subject to random inspections.

U.S. District Judge George H. King can abide by the agreement or order a different sentence.

Sentencing is set for April 9. 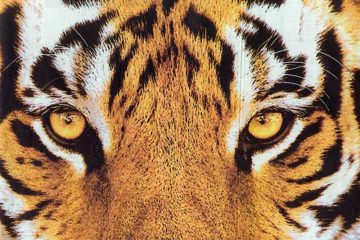 Wildlife trackers often work on the edge of the unknown, pitting their experience against the instinctive caginess of an animal, but as Hugo Martin reports, success sometimes depends on a lucky break. Source of this Read more… 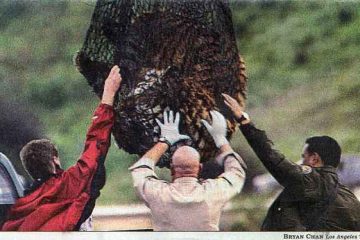 Sharpshooters searching for a 425-pound tiger that had prowled the hills of Simi Valley for two weeks shot and killed it Wednesday after a family awoke to fmd it walking past their backyard. Source of Read more… 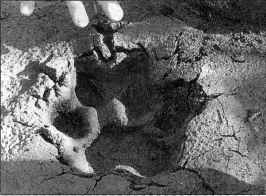 Search for a possible lion or tiger continues in the Simi Valley area, but evidence suggests feline has been in western part of Ventura County. Source of this article – Los Angeles Times, February 23, Read more…