Sharpshooters searching for a 425-pound tiger that had prowled the hills of Simi Valley for two weeks shot and killed it Wednesday after a family awoke to fmd it walking past their backyard.

The decision by government trackers to use high-powered rifles instead of tranquilizer darts to bring down the elusive cat outraged animal rights activists. But state officials said they had no alternative but to shoot to kill, because the animal could have attacked or bolted onto a highway or into a public park nearby.

Thus ended a bizarre two-week saga that brought wilderness trappers to suburbia and forced families to keep children and pets indoors after huge cat tracks started being spotted throughout the oak-studded hills of eastern Ventura County.

About 6 a.m. Wednesday, 45-year-old Ken Tucker awoke to see the tiger slowly pacing along his backyard fence on Coneetree Lane in Moorpark and then crouching next to his neighbor’s wrought-lron fence. Usually, he said, two small dogs are in the neighbor’s yard, but they were inside. The tiger. Tucker said, “was intently looking through that fence like it wanted something. It could easily have jumped that fence because it’s only 5 feet high.”

Tucker woke his wife and teenage daughter and son. “I told them they had to come and see this. Then I called 911 and I said, ‘I found the tiger you’ve been looking for.'”

By the time game wardens arrived at the Tuckers’ front door, the tiger had made its way down a steep ravine below their housing development. The ravine sits between California 23 and a public park.

There, trackers from the state Department of Fish and Game, the U.S. Department of Agriculture and the Ventura County Sheriff’s Department cornered the tiger, and four rifle shots brought it down.

State officials said the alternative was to risk the chance that the tiger would run onto the freeway or into the park, where saucer-sized paw prints are embedded in mud beside the soccer field and a basketball court

“If the cat got out of the area, there’s no telling what could have happened,” said Troy Swauger, a spokesman for Fish and Game. “Using a tranquilizer gun was an option that was available, but the safety of residents and motorists was of great concern.”

But animal rights activists said death was too high a penalty for an animal that had not harmed anyone since its tracks were discovered Feb. 8 on the grounds of a nursery in the nearby Santa Rosa Valley.

“With all this time to track it and all these options they could draw on, you have to ask the question, was it really necessary to kill the tiger?” said Madeline Bernstein, president of the Los Angeles branch of the Society for the Prevention of Cruelty to Animals.

Martin Dinnes, a consulting veterinarian  to the Shambala Preserve in Acton, said the trackers could have planned for the moment and avoided killing the cat. A tiger’s behavior after being tranquilized, he said, is predictable. After being shot with a tranquilizer dart, a tiger will run 50 to 100 yards from the source, then begin to slow, Dinnes said. It will lose consciousness in about 10 minutes, and even that can by reduced by over-tranquilizing it, he said.

“Fish and Game’s attitude is to seek and destroy rather than to protect and serve,” Dinnes said.

Actress Tippi Hedren, who runs the Shambala sanctuary, which houses exotic cats, most taken from private homes, was livid.

“If they had tranquilized it and it ran away or if it decided to attack a hunter, then kill it,” she said. “But at least try to sedate it first.”

A sheriff’s helicopter airlifted the cat’s body to a pickup truck. Soon afterward, children began arriving at a middle school across the street from the park.

The carcass was taken to an undisclosed location, where blood samples and other tests will be conducted while the body is held as evidence in a possible case against the tiger’s former owner, if found, Swauger said.

Officials chose to keep the location a secret because they feared animal rights activists might go to the site and endanger state workers.

The age and breed of the male tiger were still being determined. Investigators also were trying to figure out where the cat came from. They interviewed a number of residents in the area who hold permits to keep exotic cats, but no one has owned up to the animal, Swauger said. The tiger also could have been kept illegally, he said.

Officials haven’t ruled out the possibility that the mystery cat may be linked to a farm in the Tierra Rejada Valley near Moorpark, where nearly two dozen exotic cats, including African lions, tigers and Siberian lynx, were discovered earlier this month by the Ventura County Department of Animal Regulation.

But whoever owned the cat and did not report its escape to authorities should be held responsible for the animal’s death — not the Department of Fish and Game, Swauger said.

“Someone owned this cat and lost it and didn’t bother to tell anybody about it,” he said. “That put people at risk. This is a serious public safety issue.”

If the owner is found, he or she probably will be prosecuted, Swauger said, although he didn’t know whether the charges would be criminal or civil.

Although investigators haven’t been able to piece together the animal’s movements during its time in the wild, its presence sent sheriff’s deputies door to door to warn residents to keep their children and pets inside. They also warned ranchers to guard their livestock.

Game wardens set up traps baited with goat meat and chicken, and trackers on loan from the USDA followed the animal’s four-toed, 6-inch prints along the oak-shaded canyons behind the Ronald Reagan Presidential Library near Simi Valley,

Wednesday afternoon, local residents left flower bouquets near the site where the tiger was shot.

Tucker, an insurance broker, said that while he and his family waited for animal control officers to arrive, the 4-foot-tall cat had remained quiet.

“It was so neat to watch the cat,” he said. “It was so mellow.” It also “was pretty lethargic,” he said, and appeared hungry. It looked “thinner than I thought it would.”

When Fish and Game officials shot the animal, “We were sad because it was so beautiful,” he said, “but they did what they had to do.”

His wife, Mary, said she thought the cat looked old and tired.

“It must’ve been hungry,” she said. “Too bad they had to shoot him.”

A week in the life of P‑22, the big cat who shares Griffith Park with millions of people

Mountain lion shows the promise, peril of coexistance Source of this article: The Los Angeles Times, February 8, 2017 The lion slinks through the chaparral, a blur of movement in the night. Head held lower Read more… 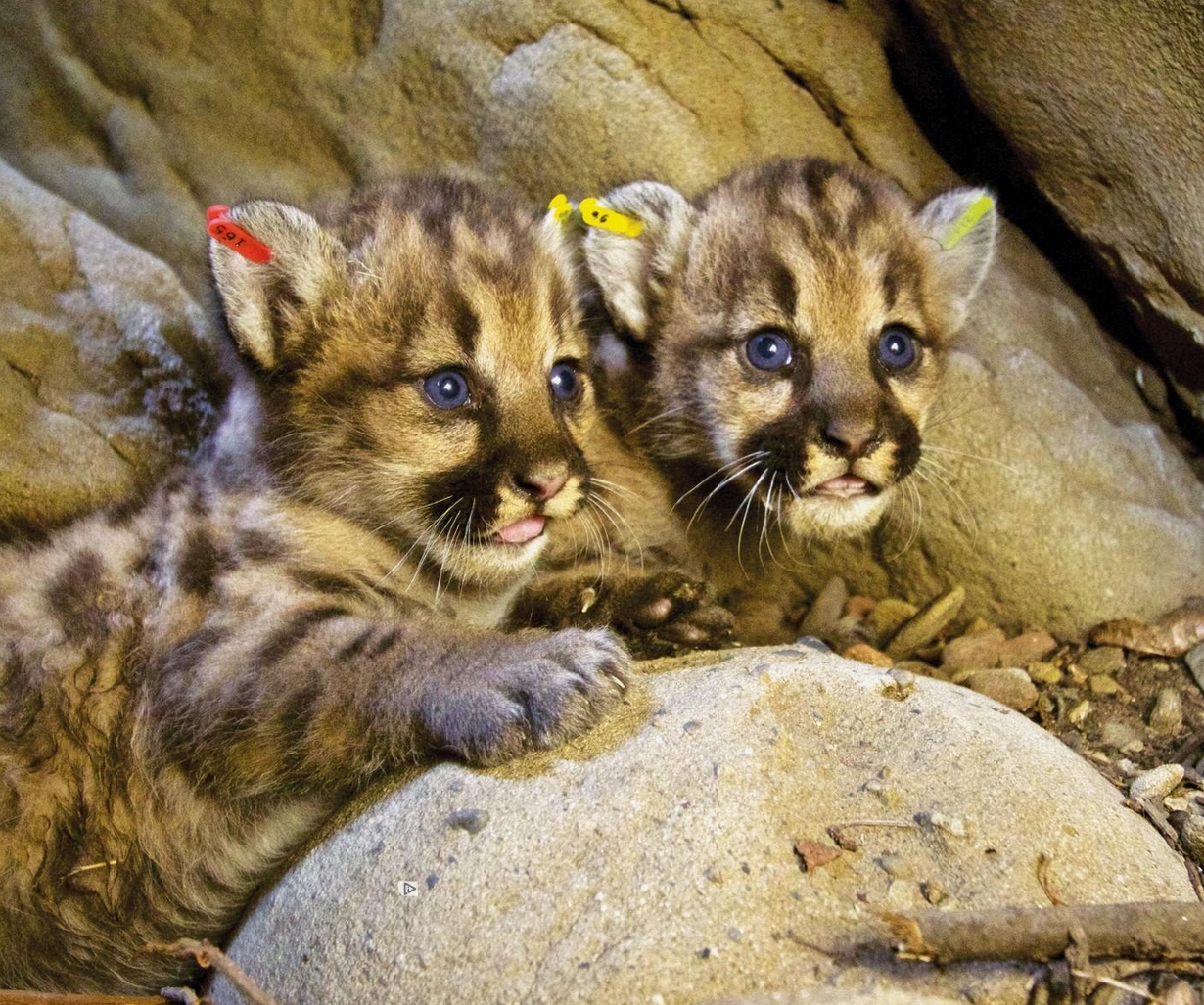 A movement asking President Barack Obama to designate a portion of the Santa Susana Field Laboratory as a national monument has the attention of NASA, which has deferred the impending demolition of a historic rocket Read more…