A House measure would allow a right of way to be claimed on any mapped route in parks or other national areas. Critics fear a motorized influx.

A bill introduced by Rep. Steve Pearce, a New Mexico Republican, would give Western states and counties broad authority over rights of way across federal land, allowing them to convert footpaths, wagon tracks and cattle trails into roads.

Echoing a long-repealed 19th century statute, Pearce’s bill would permit local governments to claim rights of way through national parks, national forests, wilderness areas, wildlife refuges and military bases, provided the routes appear on any official map or survey made before 1976. According to his bill, such documents can include land office plats and “tourist maps.”

Critics say the bill, which was introduced Friday, is a giveaway of public land that would open up more of the nation’s parks and wilderness areas to motorized travel.

Pearce’s staff said Tuesday that the congressman intends the bill to clarify for Western counties and states what constitutes a valid right of way across federal land.

Rights-of-way conflicts have been simmering for more than a decade in counties where the federal government owns the bulk of the land.

In recent years, a handful of counties in southern Utah have asserted claims to rights of way across Arches National Park, Grand Staircase-Escalante National Monument and Canyonlands National Park.

“The problem is that currently it’s a patchwork, case-by-case legal review,” said David Host, Pearce’s communications director. “In his view you had an untenable situation. This will establish rights and increase predictability.”

But critics say the broad language of the bill, which allows rights of way on “any public lands ever owned by the United States,” could open land Congress has already protected from roads and other intrusions.

“It’s so sweeping that it’s almost impossible to believe,” said Kristen Brengel of the Wilderness Society.

In recent years, counties have made rights-of-way claims under an 1866 law, RS 2477, which was designed to encourage the development of the West. The law was repealed in 1976, but grandfathered in previously granted rights of way. But controversy lingered over what constituted a legal right of way.

In California, San Bernardino County claimed authority over nearly 5,000 miles of rights of way — more than twice the total mileage of maintained roads in the county. The claims included 2,567 miles within the Mojave National Preserve.

Former Interior Secretary Gale Norton sought to resolve the matter in 2003 in an agreement with Mike Leavitt, then the governor of Utah.

The agreement would have opened millions of acres in national parks and wilderness areas to motorized transportation. Shortly after the deal was reached, southern Utah counties began upgrading primitive roads, and some officials tore down federal signs forbidding recreational vehicles.

Environmental groups challenged the agreement, and a federal appeals court ruled last year that the burden of proof was on counties to prove their case, in part, by showing 10 years of continual use of the rights of ways.

Pearce’s proposal expands on the court’s ruling, Brengel said. “It goes further than the court or Norton. It says that just a line on a map is good enough to establish a claim,” she said.

But Kane County Commissioner Mark Habbeshaw, who has sued to control roads on federal land in southern Utah, said, “There’s no intention to make claims on trails or roads in obscure areas.”

Under Pearce’s bill, Kane County could claim a right to every hiking trail in Bryce Canyon and Zion national parks, Habbeshaw said, but the county has no intention of doing so.

“We could argue that our rights of way across the national parks are valid, and we want them opened up as road today,” he said. “We’ve made no effort and will not make an effort to do so.”

Habbeshaw said that the Utah-based Western Counties Alliance wrote the bill and brought it to Pearce in an effort to broaden the issue beyond Utah. Pearce agreed to sponsor it, he said, knowing that it would generate opposition from environmental groups.

If nothing else, he said, the bill will start a discussion.

“We have to sit down and deal with RS 2477 as professional and practical people,” Habbeshaw said.

“I’m not saying the current language is a lock and that we are not open to changes.” 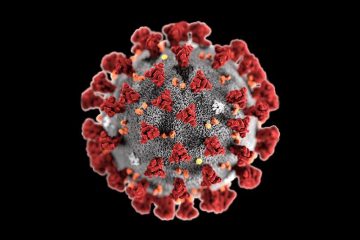 California COVID-19 deaths near 90,000, but the per capita rate is among lowest in U.S.