The Lompoc Strauss Wind Farm: Santa Barbara Is Well on the Way to 100 Percent Renewable Electricity

Source of this article: The Santa Barbara Independent, June 23, 2022.

A small group of us had the privilege of recently touring the Strauss Wind Energy Project in Lompoc while it is under construction. It is the first and only wind project permitted anywhere along the California coast. From the first earlier permitted version of 65 generators, it has been scaled back to 27 machines, yet with the capacity to produce 100 megawatts of electricity.

Reducing the number of turbines has significant environmental and economic benefits. Major advances in “wind” technology during the past 10-15 years have boosted the output possible for a single generator. Each Strauss platform is rated at 3.8 megawatts, the largest land-based turbine available in the U.S. Blades are 227 feet long, the towers 492 feet tall. Scheduled completion date is December this year. Once operational, project will produce the electricity to power 45 thousand houses. For the next 30 years, it will keep six million metric tons of CO2 from entering the atmosphere and warming the planet. This is the equivalent of not driving 16 billion miles. In addition, it will infuse $40 million into Santa Barbara’s tax coffers.

The next wind project along the California coast will likely be offshore, either in the ocean off Morro Bay or off the coast of Humboldt. Both zones have received federal and state approval and are being readied for bulk permitting. The Biden administration recently approved a Massachusetts plan for the nation’s first commercial-scale offshore wind farm. A dozen other East Coast offshore wind projects are now under federal review. Unlike the East Coast, California faces the logistical challenges posed by a deep ocean floor. Evolving technologies, developed mostly in Europe, now make wind generators on floating platforms feasible, as well as even larger ones than land-based units. There is a wind farm with 6-megawatt turbines operating in the North Sea. There is also a 14-megawatt turbine that has been successfully producing for two years in Rotterdam Port. 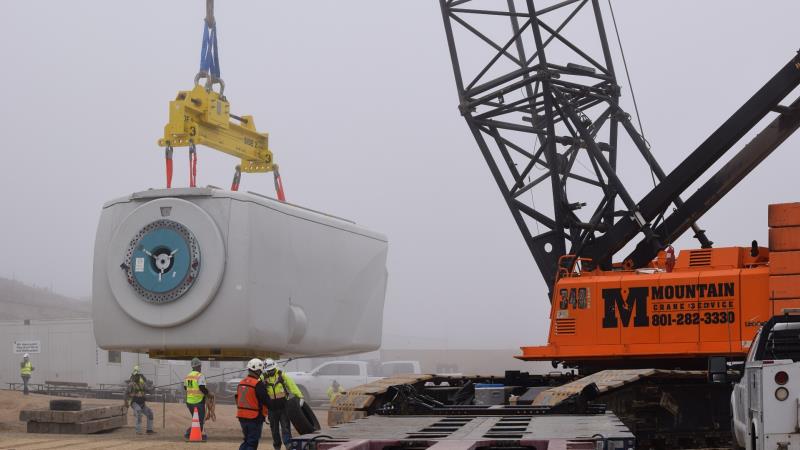 Santa Barbara has set a goal of 100 percent renewable electricity by 2030. The adoption of community choice energy programs in the Tri-Counties, an initiative advocated and led by the Community Environmental Council, now has 1.4 million households getting at least 50 percent of their electricity from renewables, and many as much as 100 percent. All will be getting to the 100 percent goal by the end of this decade. The Strauss wind farm, when it comes online, will be a big component of local clean energy production.

Wind energy is an ideal complement to solar energy because winds tend to be strongest in the evening and at night. The distributed photovoltaic panels on buildings throughout the County together with the 40-megawatt Cuyama solar farm and the 100-megawatt Strauss wind farm will produce about two-thirds of the electricity Santa Barbara consumes. The county is well on the way to meeting its 2030 goal.