The California Coastal Commission fights a losing battle against homeowners who post illegal ‘No Parking’ signs. Some look so official that even authorities are misled.

Source of this article: The Los Angeles Times, November 10, 2011 Most drivers roar right by the red and white signs on Pacific Coast Highway in Malibu, but Pat Veesart slows down and calls them out one by one.

“Almost guaranteed it’s not a legitimate sign,” says Veesart, a baseball cap pushed back on his head as he steers his rust-spotted Jeep down the highway. Veesart has a skilled eye for spotting suspicious “No Parking” signs.

Take the bent metal sign propped up against a chain-link fence at Latigo Shore Drive, whose faded red lettering screams: “NO PARKING ANY TIME TOW AWAY.”

Or the one near Corral Canyon Road that declares “No Parking Entire Block” from the top of a shaky wooden pole, a tipoff that it could be fake.

“That’s an illegal sign,” he says, zeroing in on another as he drives up the highway that hugs more than 20 miles of the nation’s most desired coastline. “These ones are probably illegal signs,” he adds, his tone veering into aggravation as he points to still more. “Why shouldn’t someone be able to park there?”

Veesart is an enforcement supervisor for the California Coastal Commission, one of a handful who have the sometimes impossible job of making sure people can find their way to public beaches.

In beach towns like Malibu, where wealthy homeowners have gone to lengths to block visitors from the majestic shoreline with security guards and locked gates, the toughest thing about spending a day on the sand can be finding a parking spot.

And at times, it’s the bogus “No Parking” sign that stands in the way.

The warnings are so prevalent and often so convincing that parking next to a fake sign can get you a real ticket. Even when residents are told to take the signs down, they quickly come back.

“It’s like whack-a-mole: you get rid of one and another pops up again,” Veesart says. “Anybody can go down to Home Depot and buy a ‘No Parking’ sign and a 4-foot wooden post, and often it’s difficult to tell which ones are legitimate and which ones are not.”

The hot spots for phony signs are where the priciest real estate meets the most desirable surf and sand.

“Those are the areas where systemically we have this problem,” said Lisa Tent, the senior code enforcement officer in Malibu who has sent pointed letters to homeowners who live near Lechuza Beach, ordering them to remove the signs in front of their homes. Many cooperate, but not always for long.

Malibu is not the only beach town where residents have taken the law into their own hands.

Dozens of fake “No Parking” signs, for instance, have turned up in a neighborhood at Pleasure Point in Santa Cruz, a world-renowned destination for surfers. The Coastal Commission has ordered homeowners to take them down. Another group of Santa Cruz homeowners is accused of painting stripes and “Private Parking” on the end of their beachfront street and putting out boulders to ward off visitors.

Earlier this year city crews in Ventura removed a thicket of “No Parking or Stopping” signs posted by a private campground operator near Emma Wood State Beach.

Residents who live along the famed canals of Venice Beach have been ordered to remove bulky landscaping, “No Parking” signs, posts and chains that for years have blocked public parking spots, to no avail.

But Malibu appears to be king when it comes to fake “No Parking” signs. Although Caltrans crews have removed fewer than 10 from Pacific Coast Highway in the last two years, coastal officials estimate that there could be hundreds more on the city’s smaller beachfront streets.

The Coastal Commission has gone after suspicious signs posted by residents and homeowners associations across the state, but the agency is stretched thin. Renegade parking signs are so low on the government’s priorities that Veesart thinks he may never gain the upper hand.

On a recent afternoon, Kevin Angers, a chef from Ventura in his mid-20s, was trying to park his car packed with surfboards in front of several suspicious “No Parking” signs in Malibu as an unmarked law enforcement cruiser lingered behind him. Parking is so difficult, he said, that getting tickets is almost expected when he comes to surf.

“Point the finger wherever you want, but you could at least be a little more accommodating to people trying to get to the beaches,” he said before driving off.

For beachgoers on the hunt for parking, some of the warnings are enough to make one’s head spin. “Coastal Access,” reads a welcoming brown sign near a public stairway in Malibu. “No Parking Any Time,” declares another tacked on below.

Some of the signs look so professional that only weeks of research will reveal whether they are legitimate. The Coastal Commission has investigated some questionable parking signs before finding that they were authorized decades ago by city councils or county supervisors.

Others are clearly counterfeit, made with laminated paper or thin sheet metal and tacked to fences or staked into front lawns with flimsy wooden posts. “No Parking Except for Bob,” reads one posted in front of a white stucco house with blue trim on Broad Beach Road.

A woman who identified herself as Bob’s wife said the sign is part protest and part joke. But the couple’s complaints about the surfers, swimmers and visitors who park in front of their home are genuine. They sometimes shoo beachgoers away and when they’re expecting visitors, she said, they put out an orange traffic cone to save a spot.

“I don’t mind people coming to use the beach, but protect our property,” the woman said. “We have a right to complain.”

Martha Lefkovits, an interior designer who lives across the street from a public stairway to Lechuza Beach, has used cones too, frustrated with beachgoers parking next to her driveway and the walkway leading to her front door. A neighbor has erected homemade “No Parking” signs.

Malibu Mayor John Sibert said the temptation is understandable in a city with narrow, winding roads, few sidewalks and no parking meters. Homeowners are protective of their streets and without more public parking lots for the city’s 13-million annual beach visitors, he said, “they are going to be parking on residential streets and there are going to be some problems.”

In the neighborhood above Lechuza Beach, homeowners have hired security guards to block off parking spaces with traffic cones on Fourth of July weekend, one of the busiest times of the year. In 2006, the problem was big enough that the mayor at the time personally requested that they be removed.

Veering off Pacific Coast Highway, Veesart turns his Jeep into a neighborhood atop Point Dume, the picturesque coastal promontory that forms the upper lip of Santa Monica Bay.

He pulls to the roadside on Cliffside Drive, where mansions with tennis courts and pools give way to open brush and trails with views of the ocean and the rugged, sandy beach below. The parking signs, apparently genuine, say visitors are limited to two hours.

Letters to the Editor, November 14:

The right to go to the beach

Surely the various municipalities in the county have their own official street maps indicating which “no parking” signs are legitimate or not.

I find it hard to believe that in an era when nearly everyone uses a cellphone to get driving directions that L.A. County has not created its own “app” advising drivers on parking restrictions on each and every street.

This is another example of the 1% (Malibu residents) versus the 99%, who also pay taxes to have access to the beach.

The Pacific Ocean does not belong to Malibu residents exclusively. If they truly wanted privacy, they should have moved to less desirable oceanfront property. 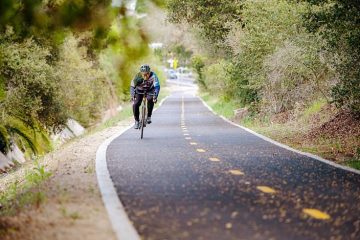 Pedestrians and bicyclists use new Santa Barbara path Source of this article, the Santa Barbara News-Press, March 5, 2022 After more than a year of construction, the Las Positas and Modoc Roads Multiuse Path project Read more… 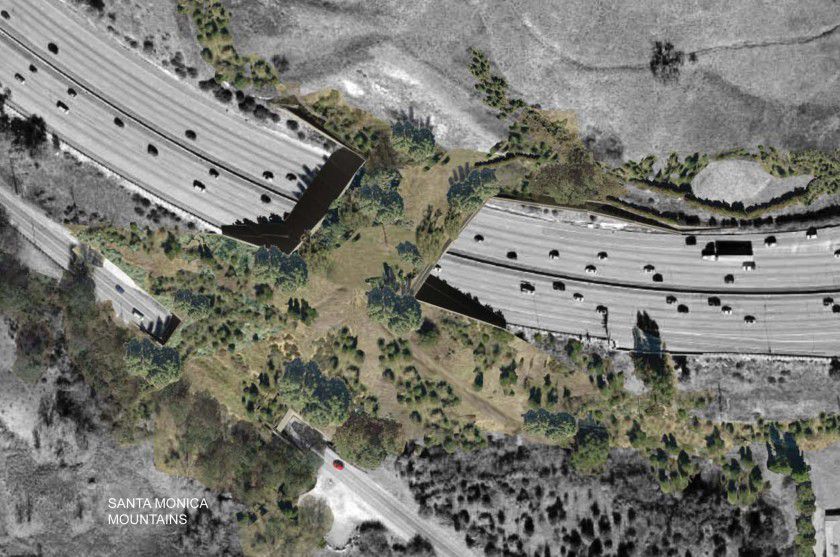 Story of the Conejo Valley written in peaks, bluffs and ridges

How an ancient river of magma shaped the Conejo Valley Source of this article, the Thousand Oaks Acorn, June 22, 2017 As it travels west out of the Conejo Valley, the 101 Freeway works its Read more…