The long legal battle stemming from Los Angeles’ diversion of the Lower Owens River nearly a century ago took a historic turn Wednesday as an Inyo County judge declared the waterway restored.

“I can now officially declare that the Lower Owens River is a river,” Superior Court Judge Lee Cooper said at a hearing.

Cooper also approved an agreement and order lifting the $5,000-a-day fine he imposed on Los Angeles in September 2005, to compel the city’s Department of Water and Power to restore a 62-mile stretch of the river. The new pact, negotiated by Los Angeles with environmental groups and government agencies that had pressed the city to rehabilitate the river, will halt penalties that amounted to $3.3 million.

Los Angeles still faces possible sanctions if it fails to maintain the required flow of water and monitoring of the river. It also faces other lawsuits filed by environmentalists.

But officials with both the DWP and Inyo County, one of the parties that fought for the river’s restoration, characterized Wednesday’s developments as landmark achievements.

“If anybody were to look at the history of the relationship between Los Angeles and the Owens Valley communities, it’s really been marked by suspicion and litigation, and we’re really getting away from that in a very meaningful way,” said H. David Nahai, president of the DWP’s board of commissioners.

He called the work “probably the most significant river restoration project in at least the Western United States, if not the entire country.”

Greg James, a lawyer for Inyo County, said the pact approved by Cooper “provides a very strong protection for the river, so that it will flow in perpetuity.”

After decades of political bickering, water was directed back into the riverbed in December, and the area has unexpectedly quickly become home again to various fish and other wildlife.

Still, just four months ago, Cooper found that the DWP’s restoration efforts were still falling short. At that time he lauded the city for establishing a steady flow of water of 40 cubic feet per second, a standard that it must continue to meet, but faulted the city for constructing too few water-monitoring stations — a situation the DWP has corrected.

The so-called Lower Owens River Project was conceived in 1991 to remedy excessive groundwater pumping by the DWP that destroyed habitat in the Owens Valley from 1970 to 1990. The DWP agreed in 1997 to restore the aquifer and create and sustain diverse habitat for fish and other wildlife.

But in 2001, a lawsuit was brought by the California Department of Fish and Game, California State Lands Commission, Sierra Club and Owens Valley Committee, accusing the DWP of deliberately missing project deadlines.

The judge later imposed the $5,000-a-day fine, ordered the DWP to cut by one third its pumping of water out of the Lower Owens Valley and threatened to ban its use of the so-called Second Los Angeles Aqueduct, an $89-million facility that has been exporting millions of gallons of water to Southern California each day since 1970.

The legal dispute has underscored the acrimony in the Owens Valley since the early 1900s, when the city had agents pose as farmers and ranchers to buy land and water rights in the valley, then built an aqueduct to slake the thirst of the metropolis more than 200 miles to the south. The river was reduced to a trickle in 1913 when the Owens River Aqueduct began delivering water to Los Angeles. 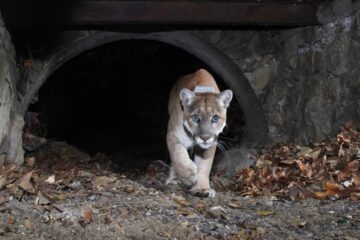