Arabian horses parading with colorfully costumed riders will be among the attractions at the seventh annual Day of the Horse in Thousand Oaks.

The event was started in 2005 by Barbara Kloster, who was riding her horse around her T.O. neighborhood when she realized the hoofed animal was part of a community unknown to most residents.

“People were stopping me and saying, ‘Can I touch your horse? Can I pet your horse?’ They weren’t even aware that there is an equestrian center nearby,” Kloster said. “The equestrian community is bigger than you realize. There are a lot more horses than people know. We don’t ride when it’s hot or cold, (limiting our exposure), but there is a big horse community.”

So Kloster arranged a day for horse owners to share their animals with area residents.

What began as a two-hour attraction that drew 300 people has grown to five hours of festivities that drew more than 1,500 attendees last year.

Proceeds from food sales and a silent auction of 75 gift baskets will go toward the purchase of hay for Ride-On Therapeutic Horsemanship, California Coastal Horse Rescue and The Equine Sanctuary. About $1,700 was raised for nonprofi ts last year.

“There’s been no growth, but it hasn’t been shrinking,” Young said.

In addition to raising money and awareness, the event benefits the local economy, Kloster said.

“It’s entertaining. It’s informative. We try to give back to the community when times are so rough by not charging for vendor space,” she said.

The organizer enjoys hearing the reactions of attendees.

“I sort of hide out and listen to what people have to say,” Kloster said. “They say, ‘I came planning to stay for one hour and I stayed for five.’ One little girl, who was 7 or 8, said, ‘I always wanted to be around a horse my whole life.’”

Kloster, 75, has loved horses since she was an 11-year-old in Chicago riding a streetcar to nearby horse stables.

“It’s been a passion of mine for my entire life,” said Kloster, who now keeps a horse in her backyard and still rides when the weather is just right.

She moved to T.O. 38 years ago and joined event sponsor ETI Corral 37, the local chapter of Equine Trails Inc., a nonprofit dedicated to the acquisition and preservation of hiking and riding trails.

Young is a member of the local nonprofit, and she and her horse occasionally ride with Kloster.

Young said equestrians in T.O. often trot down paths in Wildwood Canyon or the 51.1-acre equestrian park, which has five round pens where riders can warm up their horses before hitting the trails.

She said she hopes the Day of the Horse will inspire others to appreciate horses and maybe take up riding.

Kloster, who heads the event alone, said she’s seeking someone to serve as co-chair as she gets older.

“I don’t know of anyone who’s come and said they didn’t have a good time. Everyone walks around with a smile on their face.” 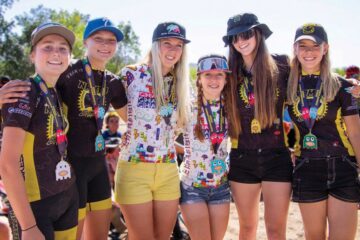