Feat of the Week – Deep Facial

The rider: Mehran Moghtader, a 37-year-old family-practice physician from Hollywood 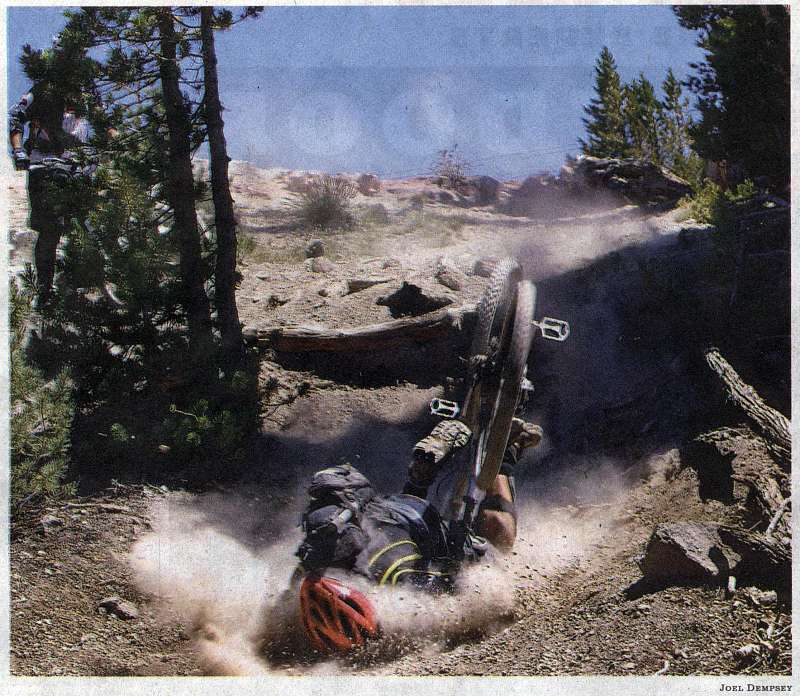 The credentials: Primarily a street rider, he had cranked on a mountain bike about a dozen times.

The feat: A run down Mammoth Mountain’s Bullet, a five-diamond chute in winter

The hype: “Six-foot drops, huge boulders and tight turns have made the Bullet a legend. And so have the spectacular wipeouts along this demanding course.” — Description of “Bullet,” a video about the course

Mistake No. 1: “I tried it once and didn’t make it. My friends [including the photographer] said, ‘You should try it again.’ I was silly enough to say, ‘OK.’ ”

Mistake No. 2: “It’s about a 6-foot drop from the place where you pull up, jump and land. Well, I jumped but when I landed, my front wheel dug in and I slipped.”

What was he thinking? “I was pretty scared to be landing like that, face down. I was thinking: What am I going to look like when I get up? Amazingly, I didn’t get injured at all.”